Game Night at the Browns 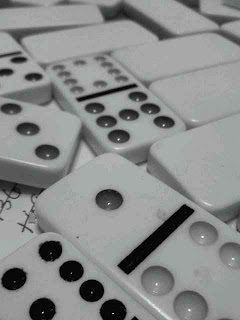 My mom and dad recently visited my aunt and uncle in Northwest Arkansas. While they were there, one of the ways they spent some time together was playing dominoes, Chicken Foot to be exact. And not just playing it for small amounts of time, they were playing until 3:00 AM. Yes, I said 3:00 AM! I didn't think my parents had it in them to stay awake that long. Most of the time, they are asleep in the recliners before they even sit down!

Well, needless to say, mom was inspired. She's an educator, and we educators are always looking for new and fun ways for our kids to learn. And since we have two kids at home, what's a more fun way to learn something than hanging out with your super cool dad, way super cool aunt, and lovingly cool grandparents. Well, they are only 6 and 3...

The funny thing is... the adults have taken over the game. Two weekends in a row, I watched my dad stay up until 1:00 AM to finish a game. Who said game night with the family was lame? They've apparently never played Chicken Foot with my family!

***Disclaimer: I do not cheat at Chicken Foot, no matter what my brother says. It's all strategery baby!
Posted by Gloria Brown at 6:51 PM 1 comment:

The End of the Beginning

Six years ago today, a little fellow came into the world. 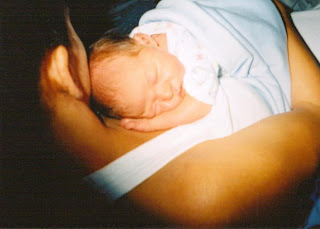 His mother loved him with all that she was. 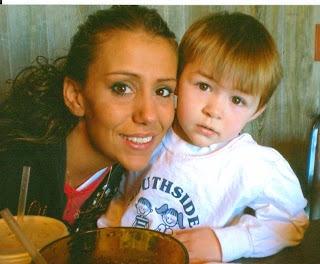 He captured the attention of my little brother and made him become the father figure we all knew he could be. 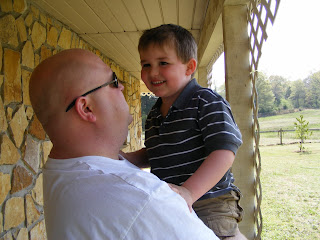 He took his Nana and wrapped her surreptitiously around the tiny little finger on his hand. 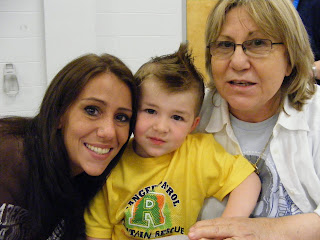 He stole the heart of my parents, probably way faster than either of them would like to admit. 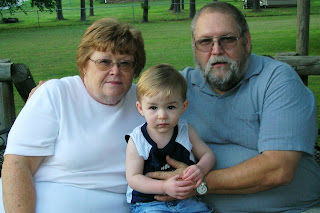 He even melted the cold-heart that I have been accused of having. 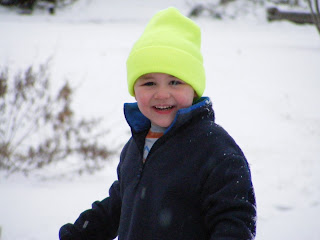 Today, this six year old is about to enter first grade, loves anything to do with video games, watches the Disney channel almost religiously, and loves to play basketball. 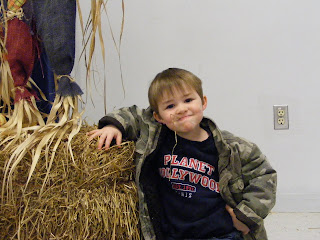 Who knew that small, beautiful baby boy would become such an awesome little boy and the center of our world six years later? 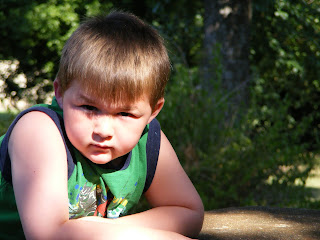 A Blast from the Past...

1980 was full of lots of interesting events.
Mt. St. Helen's erupted. "Airplane" was the number one movie. Michael Jackson released his first single, "Rock With You."
And my baby brother was born. I told my mom and dad to take him back; I wanted a sister. I'm glad they didn't listen! 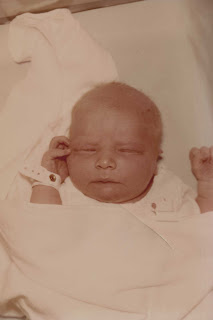 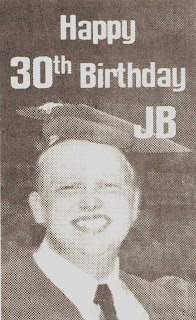 Posted by Gloria Brown at 9:48 PM No comments:

Doctor, Doctor, Give Me the News

Landon went to visit his regular doctor this afternoon. Looks like his ear drum is no longer perforated. Dr. O'Brien said it still looked a little distorted, but it was definitely not perforated. Yeah!
In other news, Braden started gymnastics tonight. We'll see how that goes. Maybe I'll have pictures next week!
Posted by Gloria Brown at 6:57 PM No comments:

Newer Posts Older Posts Home
Subscribe to: Posts (Atom)
"...where the Spirit of the Lord is, there is freedom." 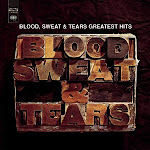